Cyclone Winston flattened Koro Island, Fiji last month. Lower areas were flooded by huge waves, trees were stripped, and houses blew into hundreds of pieces. Forty four people didn’t make it out alive, most because of flying debris.
Back at home, three events occurred around me. Though not as serious as a cyclone, they sure felt like it—and one of these events was LITERALLY followed by a dream about an ocean storm! The debris hit me right in my tender spot. I’ll be honest—it doesn’t take much to bruise me there—it’s a spot that’s forever delicate. Like any vulnerability, it doesn’t take much to bring about further injury, and once the pain starts, it’s hard to stop.
There are times when that downward spiral has me twisted so tight, nothing can penetrate. That’s where I was headed when the debris started flying. I exploded, and then I cried and cried. Those tears washed over me and felt as though they would never stop. I had two dear friends with me who did just the right thing—they didn’t try to stop the tsunami, they just let the tears fall, holding my hands and assuring me it was okay to feel that way, that I could let the waves surge without fear.
The one realization that came out of the events was that I didn’t speak my mind when I began to have that tightness in my chest. I do this—I hold my tongue. I don’t know why. I have a voice. I have just as much right to use my words as anyone else. I matter as much as every other person here. Why is it, sometimes, I just can’t get myself to speak up? Why am I frozen in silence? I tell myself it’s better not to rock the boat. But here’s the thing. When you rock the boat, it makes waves. No one can know where those waves are going to go and what will be affected. They may bring destruction; they may wash something ashore. No matter what, this is the truth: destruction leads to rebirth. Cleansing leads to new growth. 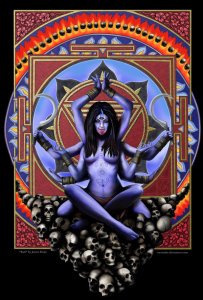 Courtesy of http://ramamaya.blogspot.com/
What if I used my voice all the time?
What if I let the fear drip off and the words come out like the sun from behind the clouds?
Am I afraid no one would love me? Am I afraid I won’t like who I am?
I’m a sister, a daughter, a friend, a dancer, a runner, a writer…but WHO AM I? What am I all about? I know it’s in there…I must let the tsunami roar out of me, Naked and Afraid, but willing to be exposed.
What if I took a pause and thought about what I wanted, instead of pandering to those alongside me? Stood on top of my fear and spoke my mind, even if it wasn’t the popular decision? Many people that know me would probably say I rarely fit into the status quo, that I dodge convention in a multitude of ways, and that I appear confident doing so. 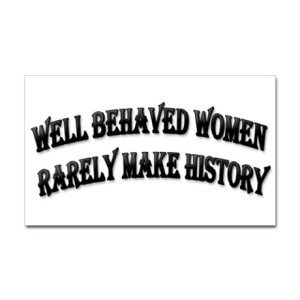 It’s true, I do embrace the weird, but I think this is only the outer shell of me. Deep inside, where the real Becky lies, I still have layer upon layer of hidden potential and a philosophy and moral center to uncover. I want to open my eyes—all three of them—and let that wall I’ve built crumble down and wash away in my tsunami…even if it means allowing my imperfect side out to play, crying in front of friends, or going against the grain.

So.
What would be crushed in that tsunami?
What would be swept away?
What would be cleansed, fresh for the next adventure?
What would become whole again, bringing new life?
I ask you to explore this with me. Ask yourself, in your core, who are you? Who are the people who know the true you? What would they say? Do you have an outer shell that most people can’t penetrate? Please share your experiences or comments below.